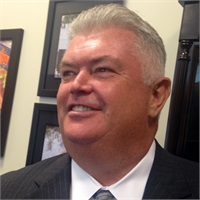 David Bostick is as refreshing to the General Agent ranks as a cool rain is to Texas on a hot July day! An "army brat" who was born in Wurzburg, Germany was born to be a GA!

While attending Indiana University majoring in Economics, Dave served as an intern with Northwestern Mutual and upon graduation, became a full-time agent on 19 June 1985. He sold 51 policies in his first six months as an agent and went on to sell 1,258 policies in his eight years as a producer.

Dave was awarded a "scratch" agency in Las Vegas in 1996 as a new General Agent and eventually moved to Ft. Worth in 2002 with Northwestern. He flourished there until taking over the Mass Mutual General Agency in Ft. Worth in 2010.

In 2014, Dave was given the opportunity to open a "scratch" agency again--this time with National Life Group for the entire state of Texas--continuing his pattern of recruiting and training on average 25 new agents a year. Dave is most proud of the fact that he has brought over 400 agents into the financial services business--offering them the potential to set and achieve their own goals and the opportunity to control their own destiny.

The name chosen for his agency is "Innovative Strategies." Dave has put together a team of educated and experienced financial experts with over 150 total years of experience to serve the advanced planning needs of their clients. The goal of the agency is to turn vision into legacy--and to make dreams a reality through innovative, creative, methodical strategies unique to his team!

Dave truly enjoys the process of client building or training his agents in the art of developing a client and having those clients introduce them to other quality people. Most importantly, Dave believes that we have an opportunity to serve our clients in a way that is unmatched in any other profession.

Dave enjoys many facets of the business but his heart is in assisting "Middle America" to set and achieve their financial goals--as evidenced by the number of policies he sold as a young producer--and continues to be his daily mantra to his agency force.

Dave and his family live in Lantana, TX. You can find him most weekends working in his yard--his favorite pastime--he says the grass and flowers and trees don't talk back! Hey--everybody has to have a break sometime.